After the first generation of the Enclave has been around for more than a decade, its second generation has been finally released a couple of months ago. The all new 2018 Buick Enclave shares nothing in common with its predecessor and it is a far better and well-sorted car than before. For starters, the new model is based on GM’s new C1XX platform. This is a highly modular front-wheel drive architecture which allows the car to be longer, have a longer wheelbase and be quite a bit wider without being heavier. In fact, the new Enclave is with up to 400 pounds lighter than before which is a major achievement for Buick. 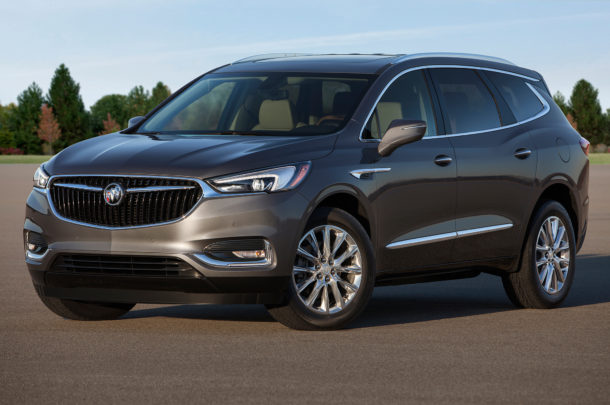 Not only is the car larger than before but it is quite a bit more economical, faster and safer too. These feats have been achieved thanks to the car’s high strength steel construction. This also allowed them to lower the center of gravity so it should be better to drive on the road. Not only that but the car also gets more safety features. Things like a frontal collision warning and avoidance system, rear blind spot monitoring and cross-traffic alert, lane departure warning, an adaptive cruise control system and even an automatic parking mode can all be had as standard or optional extras. The price of the car hasn’t been revealed yet but it is safe to assume the base model will cost right around $40,000. 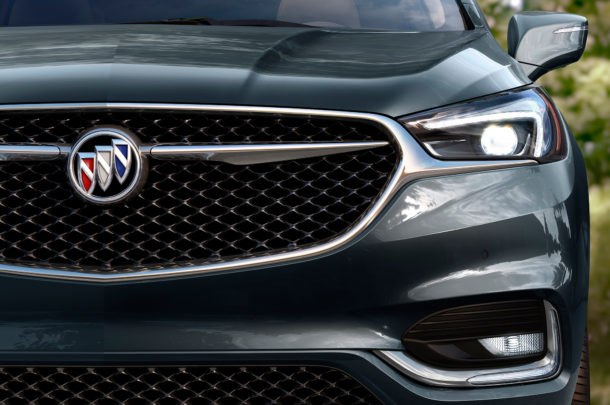 With the new 2018 Buick Enclave, they also released an entirely new trim level. The Enclave Avenir is Buick’s brand new range-topping trim level and it is meant as a direct competitor for all the other premium manufacturers on the market. Over the standard models, the Avenir comes with all the safety gear as standard, 17 different sensors meant to make it pretty much impossible to crash at lower speeds, a brand new grille design as well as standard adaptive suspension system which is otherwise unavailable on the regular models. The price for the Avenir hasn’t been announced but it is safe to assume it will top out at well north of $60,000. 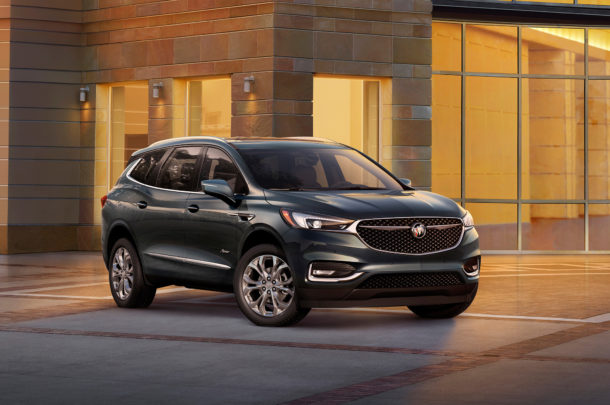 Even though the new Enclave is larger than its predecessor, this isn’t really visible from the outside. This is because the car boasts an entirely new set of design cues meant to make the car look more upmarket than before. The front end has a really minimalist design in comparison to its predecessor while from the side it looks like Buick put a lot of thought into it. The C-pillars are partially blacked out in order to make the roof seem slightly lower than it really is. Also, the intakes on the front fenders give the car a bit of flair which goes really well with the rest of the design. The rear looks like that of a smaller vehicle with a subtle roof spoiler and a clean-looking bumper sporting twin-exhaust pipes.

2018 Buick Enclave Inside the cabin

Probably the most impressive part of the new 2018 Buick Enclave is the interior. The car is considerably better than its predecessor and it may even be regarded as one of the better-looking interiors in its class. Instead of the usual dramatic look, the Enclave boasts a really minimalist interior with a minimal amount of buttons. Also, thanks to the tall center console and driver-oriented center stack, the cabin feels a lot more intimate than those of its rivals. The materials are also much better than before while the set of features is at least on par with its main competitors. 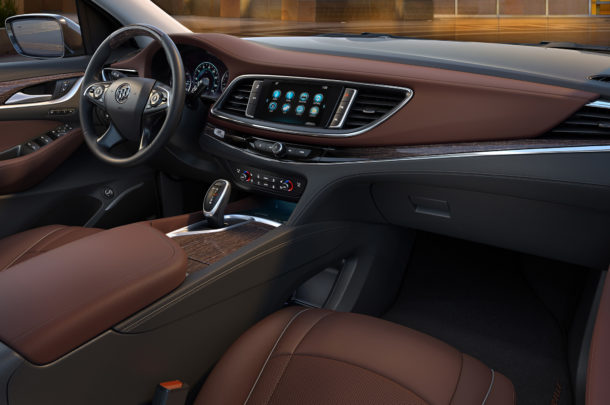 So far GM announced one engine that will power the 2018 Buick Enclave. This is their already well known 3.6 liter naturally aspirated and direct injected V6 gas powertrain. This is good for 306 horsepower and 260 lb-ft of torque which is right around the average of its class. The engine sends the power to either the front or all four wheels via a new 9 speed automatic. Thanks to its weight loss and more efficient engine, the car will now provide closer to 20 MPG on average which is a good improvement over its predecessor. The tow-rating also increased slightly to 5,000 pounds while the on-road performance has been improved slightly too. The car will now hit 60 MPH a full second faster than before. 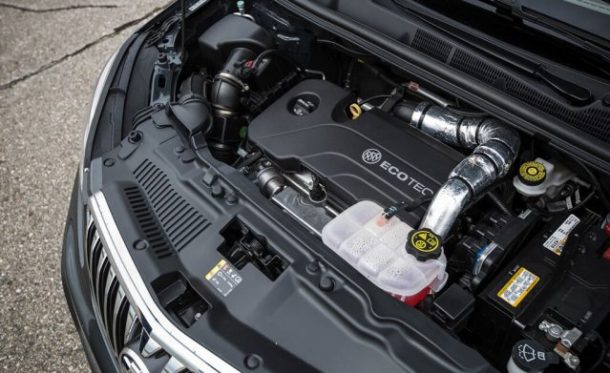