We are assuming that you all know how exactly the things in automotive industry works, if no, please allow us to recall you. Let’s say that some company makes a certain model of a car, launches it and waits for the customer’s reviews, learn from the mistakes and make the next generation better, offering their customers slightly improved variant. At least, it should go that way! To be quite honest, the 2016 Jeep Cherokee doesn’t offer, actually, anything new and somehow still manages to find that sweet spot between compact efficiency and mid-size roominess. In case you may wonder why the designers decided that their beloved Cherokee pretty much stays the same as its previous variant, the answer is more than obvious.

It’s because the previous version achieved high sales figures and them simply, didn’t want to risky all of that by launching the brand new variant. Instead, they slightly upgraded the currently available model and launched it in the global car markets under the name- 2016 Jeep Cherokee. If you strive to find out a little bit more regarding this variant, we strongly advise you to read this review until its very end.

Let’s start from its inner design. The cabin retains its spaciousness, although it could incorporate the third row of seats, as well, but, it didn’t. There is more than plenty room for it, but the designers, simply, choose not to do so. So, the same thing remains, the cabin is more than able to accommodate up to five adults, to sit straight quite comfortable with having, at the same time, more than plenty room to accommodate all of their body parts. 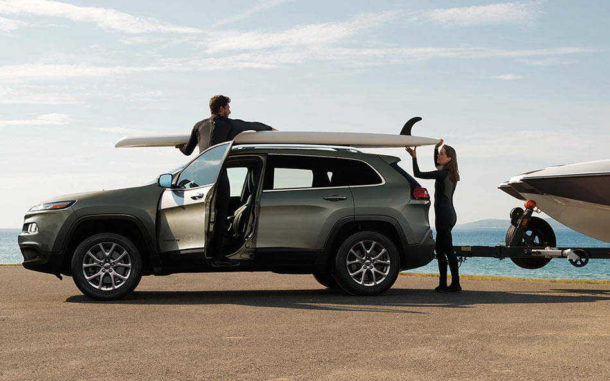 When it comes to the materials and hi-technology features being incorporated in, one is able to find the following: leather/vinyl inserts (as well, as the optional full leather ones), an 8.4-inch full-colored touch screen display is also exclusively available in top Trailhawk level trim. The base models come along equipped with a 5-inch touchscreen, slightly improved navigation and infotainment systems… In case that you are willing to spend a couple of bucks more, the 2016 Cherokee becomes available with the optional sunroof, Pandora capability, heated and ventilated Nappa leather seats and much more. 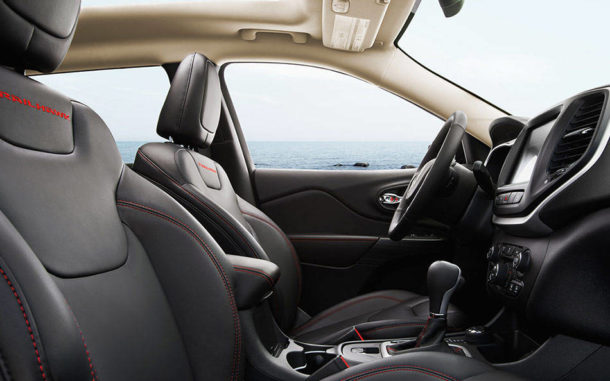 At the other hand, when it comes to the exterior design of the slightly upgraded variant we must say that, practically, nothing has changed, except slightly restyled, somehow, thinner headlights which really poke our eyes. The rest of the external appearance remains, pretty much, intact. The 2016 Cherokee remained faithful to its original Grand Cherokee roots. For example, its front fascia still features trademark bar grille (which could also be seen on its big brother), bumper sticks out a little bit and, somehow, squared off fenders and neatly creased midsection panels continue to make Cherokee’s profile and the roofline extends a great deal and only finishes after a sharp decline.

And this section stayed, pretty much the same. Every Cherokee, still, offers standard in-line four engine, to be precise a 2.4l 4-cylinder one, which is capable enough to deliver around 184 horsepower and paired with ZF 9-speed automatic transmission, adjusted for front-wheel drive mode, promise quite a solid fuel efficiency. At the same time, you can still count on an optional 3.2l V-6 one, which is considered to be more than capable to pump up to 271 hp and 239 lb-ft of torque. 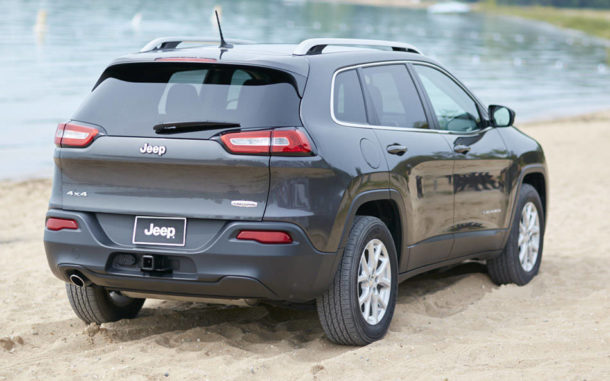 This slightly upgraded variant became available a few months ago, and its price tag varies between $23,495 for a base model and $31,000 for the most exquisite, Limited trim level.

For all of you who were impatient to see the pictures of the 2016 Toyota Fortuner, waiting is ended. Brand-new …

The Envision is a mid-size luxury crossover which has been released by Buick on the Chinese market back in 2014. …