Home
Truck
The Tough Truck: The 7 Best Trucks for Guys to Drive Around

When it comes to machines, tough guys would want nothing more than to drive down a muddy road with a durable, reliable truck. Just listening to the roar of the engine while you conquer each bump with ease, is bliss to many.

Even if you drive on a clean pavement or a busy road, people will definitely see you and your chariot. Big, powerful trucks are head turners and will guarantee a look or two. Even if you don’t show off your truck, you’d still be proud of it because of its features.

For one, guys who have hobbies like motocross, fishing, hunting, hiking, camping, or any other grit and grind outdoor activity, a truck works best. Can you imagine yourself putting a deer or your motorbike inside a sedan? That would be funny and downright impossible. Trucks provide a clean and practical solution of keeping your cargo safely tucked away from you and your passenger.

With trucks, you can do a lot of work and play without hurting your vehicle. It’s relatively common to see guys drive a raptor and getting their buddies on the truck as well when they play basketball or football. A truck can also do jobs such as towing other vehicles in case they need help, carry big furniture around, and carry even more passengers.

Whatever your purpose for trucks, you should get one. Here are the best trucks for awesome guys to drive around: 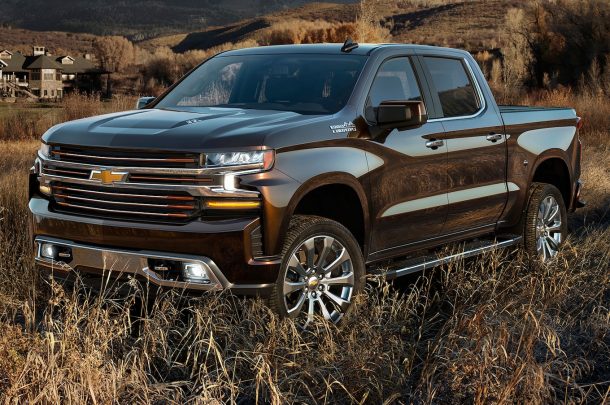 When you talk about strength and style, the Silverado is the perfect mix and match of those qualities. If you think that the Silverado is a pushover among the other trucks on this list, then you’re gravely mistaken. This truck has a towing capacity of 12,000 lbs. This truck is perfect for those who have activities such as boating and driving trailers for camps. 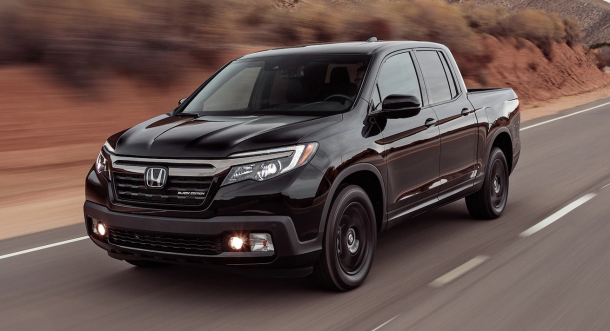 What? A Honda? A truck? Who would have thought possible? The Honda Ridgeline isn’t as big as its cousins, but it gets the job done. It doesn’t also have the towing capacities but can still manage to pull its weight around. The Ridgeline is perfect for those guys who want to go out on weekends and chill.

All those features sacrificed comes advantages. For starters, the Ridgeline is fast, even for its class. A lot of drivers also laud its handling, which makes for comfortable driving. Some even go so far as to say that the Ridgeline drives like a luxury sedan than a pickup. For a guy, that feels amazing. 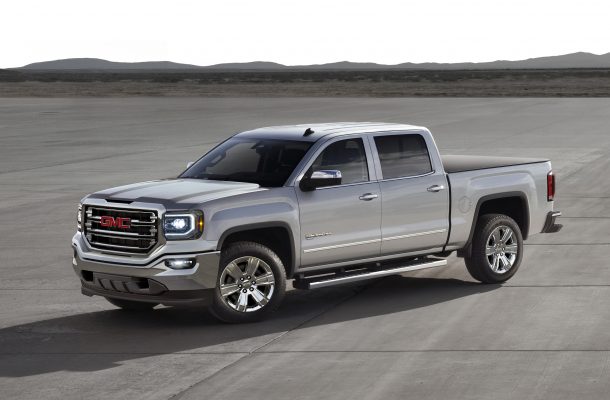 If you’re the simple outdoors and mother nature type of guy, then the GMC Hybrid Pickup is for you. Its looks won’t wow a lot of people, but it’s stylish enough to take a spin. The fuel economy for this truck is simply amazing.

Out of all the vehicles on this list, this truck is on the top spot for fuel savings. Although the GMC Hybrid pickup is a little bit pricey, it makes up for savings in the fuel department. 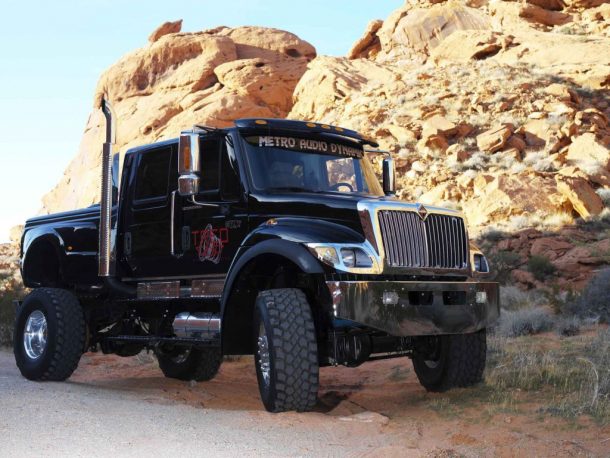 Enter the International CXT. It’s an elephant of a truck both in looks and performance. It can easily make a 6-foot guy look small, and it does so by its mean aggressive look. At first glance, onlookers can mistake the International CXT for a commercial truck. This truck is a head-turner.

Getting a brand new model is impossible because of poor sales in the past. However, this is what adds more to the legend of the CXT as it makes you feel exclusive and belong to an elite few. You can get second-hand models online, and you’ll never regret getting one. Just opt for services done by professionals such as the Lemon Squad car inspection team to get a safer look at the condition of the truck you’re going to buy. 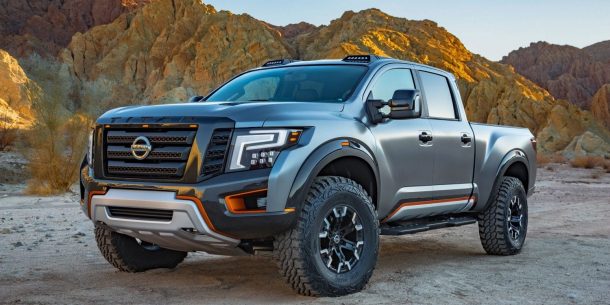 Armed with a more futuristic ninja look, the Nissan Titan is a pickup truck that’s not to be messed with. When it comes to pickup trucks, Nissan isn’t a staple but has reliable models such as the Frontier. However, when the Nissan Titan got released, it exceeded expectations, and the truck was loved by many. 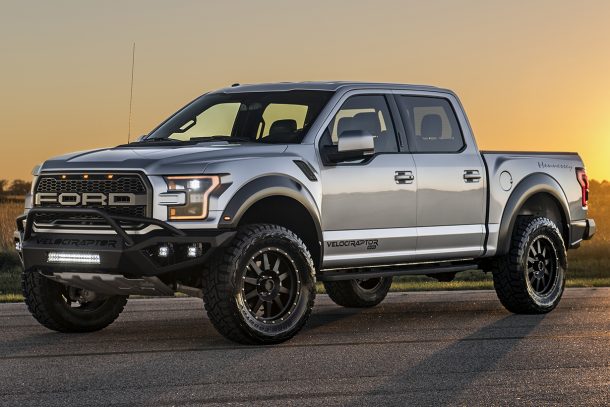 It’s safe to say that the Ford Raptor is the “beast” we’re talking about. It looks good. It drives well. It’s strong. And it’s built for you. Each time a model of the Raptor is released, every feature it has got upgraded. Couple that with a mean but sleek look, the Ford Raptor is on the top of every guy’s wish list. The Ford Raptor is easily the best Performance Truck out there. 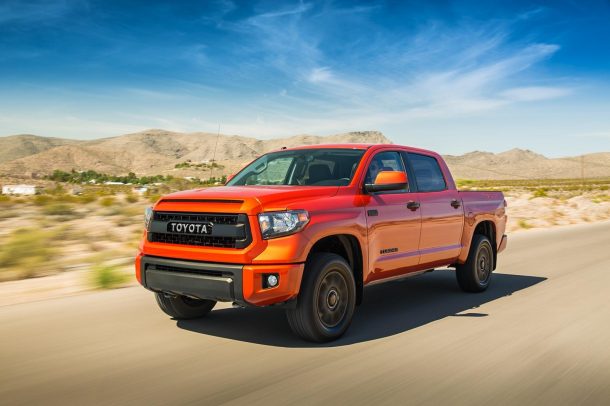 If the Nissan Titan is a warrior, and the Ford Raptor is a beast, then the Toyota Tundra is a monster. This vehicle is considered to be the most reliable truck on this list and for a good reason. All five models of the Tundra comes with special features that fit every guy’s needs.

Maintenance isn’t that costly as Toyota has a large assembling factory, ready to churn out parts for this monster should the need arise. The look of the Tundra isn’t as intimidating as the Raptor or as futuristic as the Titan, but it looks good nonetheless. If you ask a tough guy for the definition of “cute,” then he’d point to a Tundra.

Other Notable Trucks to consider:

Whether you’re a weekend warrior or the classy outdoorsman, the perfect vehicle for you will always be a truck. There’s just something to the world of trucks that add to the manliness of its driver.

With models such as the Toyota Tacoma, Ford Raptor, Nissan Titan, and Dodge Dakota, readily available even in used condition, you can be sure that you’re up to the task. Almost all trucks have impressive towing power and incredible carrying capacity. Couple that with a sweet, mean look and you’ll be a surefire head-turner.

Truck driving has a number of peculiarities that are not always clear to the average driver. What to do to …

When it comes to operating a transport business, there are many things you have to consider. There are numerous calculations …

Growing any kind of business is not that easy. It would require a lot of money and effort to finally …