Truck driving has a number of peculiarities that are not always clear to the average driver. What to do to avoid getting into an accident with a truck? How to understand that it carries a potential danger?

I can’t see you

Let’s start with the simplest thing – the blind spot on the right side of the cab. Many people know that many trucks do not see what is going on in this zone from behind the steering wheel. Therefore we will not dwell on this situation in detail.

However, there is an even more dangerous zone. Strange as it may seem, it is right in front of the hood of the truck (even if it is cabover).

This situation should be considered in a little more detail. Often it is the right side – when driving out of one “dead zone”, you get into another one. If after the series of such maneuvers the car is at a minimum distance from the truck cabin, the driver of the latter will not even always feel, that he hit a car and dragged it in front of him. There were times the truck was pushing the car for more than two kilometers – the road was empty, there was nobody to signal, and the poor guy in the car couldn’t do anything.

The conclusion is simple: never try to stand on the right or right/forward near the cab of the truck.

Yes, a lot of truck drivers now have a lot of mirrors to monitor these areas, but there are also those who don’t have them or forget to use them. If you change places in front of the truck, try to increase your distance – this way the driver is guaranteed to notice your car in front of him. If you are in an accident and you need a lawyer, then you can safely contact the lawyers of thenunezlawfirm.com. 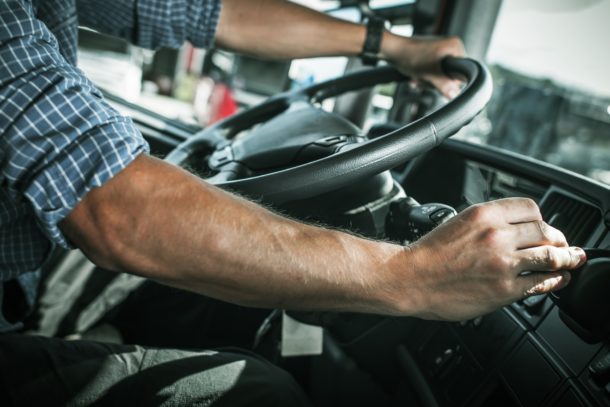 Now move on to less obvious, but also very common situation. But first – a little physics.

Braking is negative acceleration. Acceleration can be calculated by Newton’s second law of motion.

In the driving school we are taught that the braking distance depends on the square of the speed, they do not say anything about the mass (there is even one question in the exam on this topic). It is really true, but probably we should not turn our material into a physics lesson (although it is interesting).

That said, everyone knows that in real life, a passenger car will almost always stop faster than a truck. However, this has nothing to do with the weight of the cars, but with the design features of the brakes. On cars the brake drive is hydraulic, on trucks more often there is pneumatic or combined (as a rule – pneumohydraulic). So, the operating time of hydraulic brakes is about 0.1-0.4 seconds, and pneumatic brakes – up to 1.4 seconds (if you take a tractor with a semitrailer as an example). For the difference – about 1 second – at 60 km/h the truck will travel almost 17 m.

Therefore, the stopping distance and braking distance should not be confused – they are different things. Unfortunately, car drivers often forget about it.

What about the side? 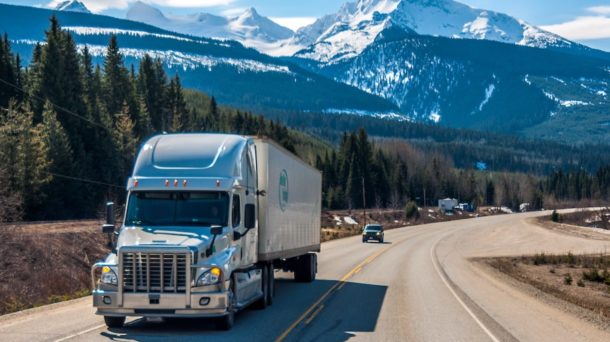 If many still remember about the distance, we rarely think about the interval. And in vain.

Now I would like to take another little physics course, but I think it would be too much. So I’ll just go to the numbers: a side wind of 15 m/sec. is already able to put on the side of the Euro truck. And 15 m/sec. – Isn’t that much. It’s not even a hurricane yet.

If certain conditions are met, the truck is very likely to roll over in much less serious winds. So, why was the truck so close to flipping?

Pay attention to this detail: as long as there are trees to the right of the truck, it more or less stays on the road. But when entering the open space at the entrance to the bridge, it is very close to overturning.

When exiting because of an obstacle (in our case, trees on the side of the road), the wind didn’t just blow to the side, it did so in a gust. And as we understood from the calculations above, the force of the push could have been very significant – a ton or more. Such a situation does not happen very often on the roads. Much more often the drivers themselves provoke a coup. In case of side wind gust, there is a reflexive desire to return the car to the trajectory by turning the steering wheel. It is good, if the wind is blowing at this moment – there is a chance to do everything correctly. But often gusts of wind are very short-term. Then the following happens: the driver compensates the gust pressure by steering, but at the same moment the gust of wind stops. The car recovers the trajectory too actively, the driver turns the steering wheel the other way. At that moment one more gust – and the truck lies on its side. It is very difficult to stop such dynamic rocking.

Yes, the trips in such conditions are not so hot. But there is a solution. Firstly, you need to slow down when the wind blows, and be ready for its considerable strengthening. And if you drive a car in a strong wind, keep an eye on your neighbors who are travelling with heavy trucks. If you see that the truck behaves unsteadily, don’t overtake or even get ahead of it.

It would seem: there is a gap between the cars – and okay. But at the moment of a truck passage near another car, there is an air rarefaction between them. And the cars try to “stick together”. As long as they go along each other, it’s not felt very well. But at the end, they start to get pulled behind each other. And if someone goes too fast, doesn’t take into account the weight of the car and the road conditions, he has a good chance of flying off the road. 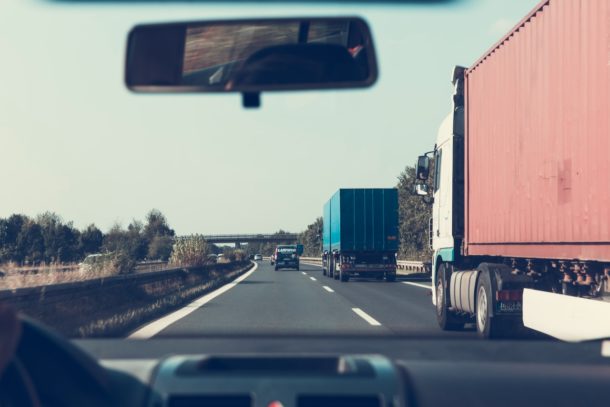 Truck Accidents Due to Distracted Driving. The following situation may occur with a passenger car as well, but in the case of a truck the consequences will be heavier due to the unique ability of a semi-trailer (and trailer too) to “fold”. We are talking about long climbs in snow and ice.

We will not speak about the reasons of unsuccessful ascent – everything is clear and similar to what happens with small cars. But the actions of the drivers of cars are worth discussing.

If the truck stopped on a slippery hill, there is a very good chance that even with the wheels blocked it will roll down. And if an ordinary car in most cases rolls down the most expected trajectory (just down), then a tractor with a semi-trailer or trailer will almost always start to fold. It is impossible to predict exactly which way it will start to do so. Where it will slip next is also impossible. Any car below the truck is in danger. How to avoid it?

Firstly, you need to estimate a condition of a road covering, and if it causes some fears – not to climb a hill closely behind the truck. Secondly, you need to watch its speed. If it drops suspiciously fast, it makes sense to try to get out of the possible way of the truck’s retreat from the hill. As a last resort, it is better to get stuck on the side of the road than to be swept away by a truck.

Unfortunately, such an accident is sometimes very difficult to avoid. Especially if the road is narrow and the truck turns across the road. If it slid down in such a position, only a prayer will help. And not for everyone.

We didn’t touch some specifics known to professional drivers (peculiarities of cargo distribution and mounting or behavior of tractor with a trailer in a rut) or absolutely banal things like safe overtaking. We understand that each of us is a godsend driver. But if you’ve learned something new from this material, or it made you think about something, we’ll be very glad to hear it.
Tractors and dump trucks have their peculiarities, sports cars have others. But everyone is equal on the road, and it will be useful to know something about both of them. Maybe someday it will come in handy.

Always curious how those sanitation trucks work, the ones with the large cylindrical container? Well, if so, you’ve come to …

As any truck owner will tell, a quality Bedliner is a must, if you are planning on using your truck …

As society continues to develop, traditional outdoor advertising media have been weakened to satisfy advertisers. As a result, many outdoor …