The 2015 Toyota Tundra Baja is Toyotas attempt at regaining that top spot in the highly competitive full-size truck market. Ever since Tundras peak in 2007, the sales have been dropping and some new names have taken up the top spot, but now with the new Baja, Toyota is looking to retaliate. 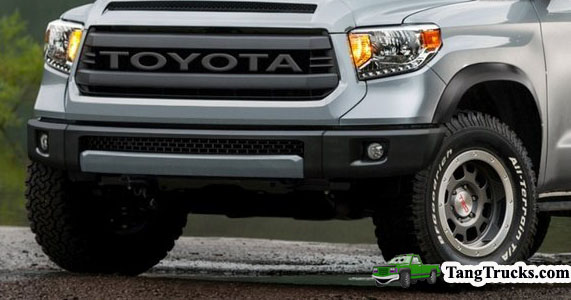 Any updates to the exterior are not very significant and Toyota is Staying true to Tundras signature styling. A useful augmentation, however, is the new solid steel racing bumper and fender flares. As for the grille, it gets a new look, thanks to the written letters that are included at the top instead of the Toyota symbol. On the hood, there is an addition of a tiny air vent that is common for production trucks. Also, LED daytime running light accents are nicely incorporated into the headlights. 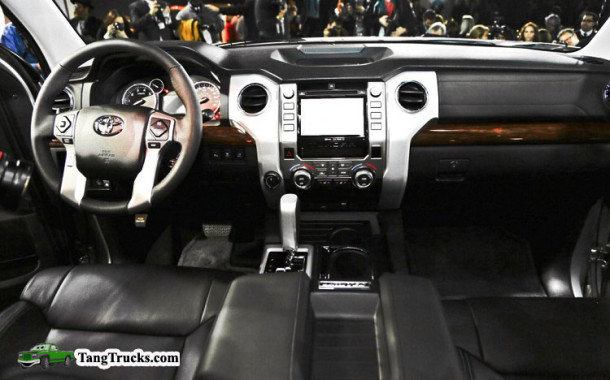 Inside, the new Tundra Baja is quite spacious, especially compared with the regular Tundra models. The excessively ample cabin gives you enough space to comfortably stretch out or cross your legs, in the front as well as the back. The interior styling is elegant and modern with some soft touch materials and leather upholstery. Among the instrument panel, there is an inclusion of a 7 inch screen that offers informative details about the state of the engine, fuel economy and temperature, which increases overall convenience. Also, some new specs additions are to be expected if Toyota wants to compete with other prominent carmakers.

The 2015 Toyota Tundra Baja gets a top of the line engine, guaranteed to push trough sand, rocks and water. A 5.7-liter V-8 is one of the finest among the full-size pickup line up. It is meticulously designed to keep the vehicle running as smooth as possible. This beast of an engine produces up to 383 horsepower through the 4×4 chassis. It is paired with a six speed automatic transmission and it guaranteed to barge out a 6.3-second 0-to-60 mph sprint in the 2013 models, so the new Baja is likely going to produce a comparable figure. 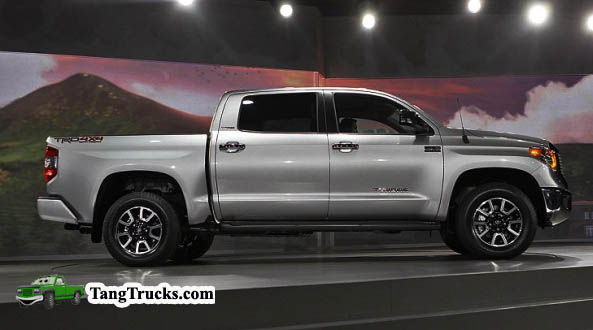 Toyota is yet to announce a release date and pricing for the 2015 Toyota Tundra Baja. However, we can predict that it will be made available sometime in the first half of 2015. As for the price, considering the inclusion of the new V8 engine, you can expect an increase in value from the regular Tundra V6 models and expect only a slight increase from the V8 Tundra price, which goes for $47,000.