RX is the most important model for Lexus and one simple reason – it is their most popular vehicle making up a large percent of their sales. Because of this, the Japanese manufacturer has to constantly improve the model and make sure to keep up with the competitors. The 2016 Lexus RX has just been unveiled, and it is the best one so far – it offers more interior space, looks much better and comes packed with tech and safety features.

The exterior styling of the Lexus RX 2016 is everything, but not traditional or classic. Lexus is known for their bold styling and aggressive overall design – and RX is the real representative of their philosophy. The front is aggressive thanks to a few elements – enormous spindle grille (that has become sort of a trademark for the Japanese manufacturer) that now comes outlined with chrome accents, triple-L headlights, LED daytime running lights and LED fog lights. The manufacturer used lots of chrome accents on the exterior, but in a tasteful manner. 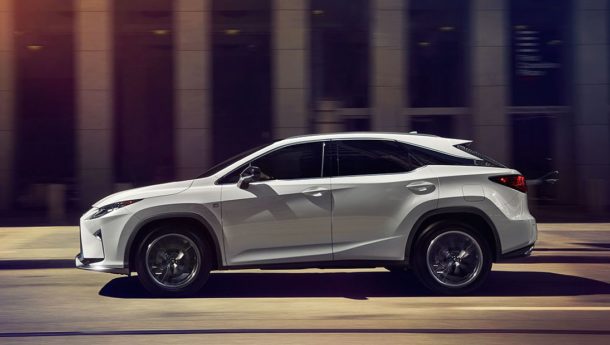 They have decided to black out the C-pilar to create the effect of floating roof, which fits perfectly in the overall design of the SUV. The back of the car has lots of sharp lines and interesting design features – like the low and wide LED taillights that are connected with chrome bar, along with Lexus logo floating above the bar. The rear bumper is enormous, and it houses rear diffuser and twin exhausts. The 2016 Lexus RX will be offered in many different colors, but the Japanese manufacturer has only shown it in black and white.

The 2016 Lexus RX comes with an interior that is like no other currently offered. The whole cabin was designed to provide a more open-space feel and thanks to the specific arrangement of the center console – driver has more space than before. The manufacturer decided to move the shifter away from the driver, but still within reach. The dashboard was completely redesigned and has lots of interesting design solutions and features. New head up display is something that the Lexus official mentioned, but the star of the interior is the big 12.3-inch display used for infotainment that dominates in the front. Furthermore, there is a completely new infotainment system just for the back – two 11.6-inch displays that are placed in headrests.

The Japanese manufacturer has decided to offer the 2016 Lexus RX in two versions. First is the RX 350 which comes with a 3.5l direct-injection V6 that is paired with an 8-speed automatic transmission and produces 295 horsepower. 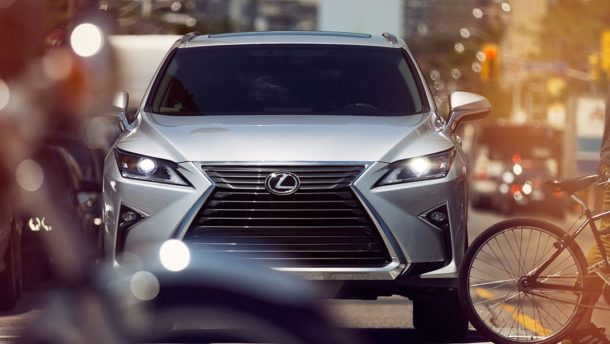 The second version is the RX 450h that comes with a V6 engine tuned to have better fuel efficiency and reduced emissions, and it is paired with an electric motor – similar to the Toyota’s Hybrid Synergy Drive. The engine and the electric motor produces together 309 horsepower. The 2016 Lexus RX will be offered with the two-wheel and all-wheel drive.

The price of the base version of the 2016 Lexus RX is $42,000 and it is already on sale through official Lexus dealerships.

This time, we are talking about a car that is still under a great veil of mystery. The information we …