General Motor has been quite successful with the Opel/Vauxhall Mokka and the Buick Encore in more than two years on the market. However, the market for small crossovers is now in quite expansion, so the little crossovers need to get some small changes. There is no doubt that update work is more than a good idea, but it seems that the company is also doing some additional changes, like a new engine option and some updated cabin technology. So far, it is not clear when the new lineup of crossovers will be ready, but since this prototype doesn’t seem to be close to a production-spec car, the company might be keeping these changes for next year. The new 2016 Buick Encore has already been announced, so these updates and changes won’t probably be available until the 2017 model year. Regardless, the changes will surely help to make this 2017 Buick Encore crossover a much better choice in the mid-level luxury market.

The heavy cladding on the front end would suggest restyling, but if we compare this new 2017 Buick Encore prototype with the current model, it seems that the changes probably won’t be extreme. There will probably be a new grille design, along with the headlights and front fascia. 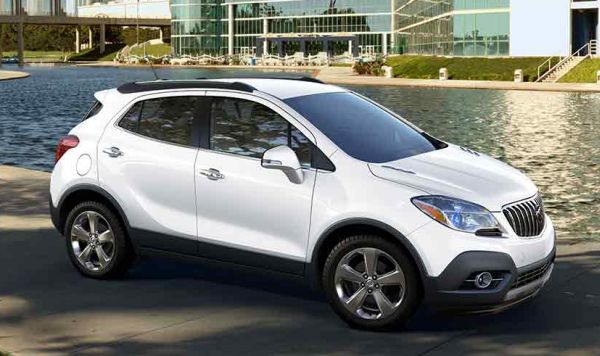 The cladding on the hood could tell us that it will probably get some powertrain changes. The rear end will not suffer some significant changes, but some changes can be made to the rear fascia and taillights.

Just like the exterior, the interior will probably suffer some small changes, too. The spy shots unfortunately didn’t show anything of the interior design, but in a GM mid-cycle update, it seems that the changes of a redesigned instrumental panel are good. 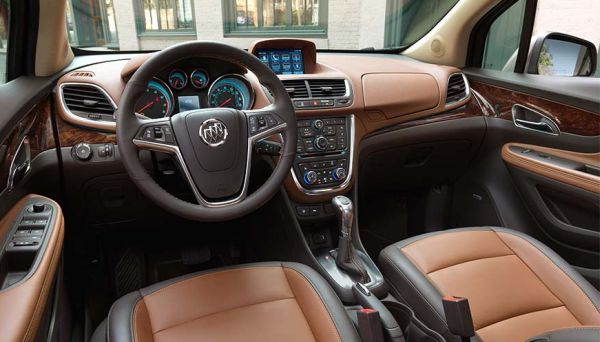 The company will probably be focused on the technology and design of the gauges, along with the center stack. It can also be assumed that the latest in GM’s technology will be included in the new 2017 Buick Encore.

Under the hood of the new Buick Encore

The Buick Encore is only available with a 1.4-liter turbocharged four-cylinder, while the Opel/Vauxhall Mokka comes with five gasoline and diesel engines. This will probably be changed with this updated design and a 1.0-liter three-cylinder engine will join the engine lineup. The Opel Corsa is currently using this engine and it comes with 115 ponies and 125 pound-feet of torque. 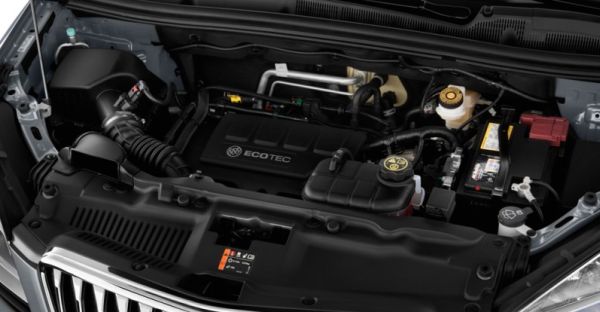 Encore wise, this would mean a less powerful engine than the existing one with 138 hp and 148 pound-feet of torque. However, it could improve the fuel economy and bring better numbers than the current rating of 25 mpg in the city and 33 mpg on the highway.

The price for the 2017 Buick Encore shouldn’t change much from the current model, which starts at 24.065 dollars. The new engine could be added as an optional rather than a replacement, and thanks to that, it could make another level of pricing in the Encore lineup. 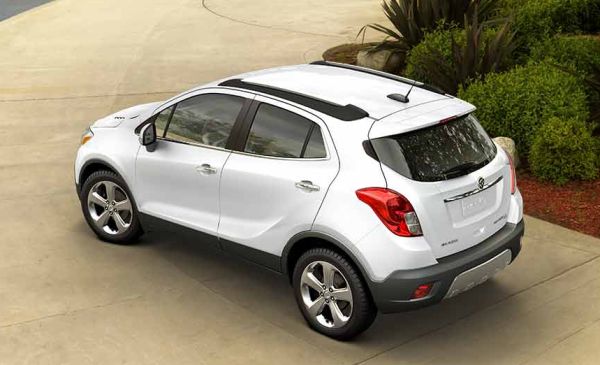 The main competitors to the new Encore are: the Volkswagen Tiguan and the Mini Countryman. The things you have to love about this new model are the more advanced powertrain, updated styling and improved cabin tech. However, at this point, the market is full of lower-priced options.