There was a time when Rangers used to feature in U.S. market too, and it wasn’t that long ago either. All American-made compact trucks were called off back in 2012, and GM’s models have returned this year but not the Ranger, though. 2017 Ford Ranger will be revamped, that much is certain, but whether it will return home; not so. 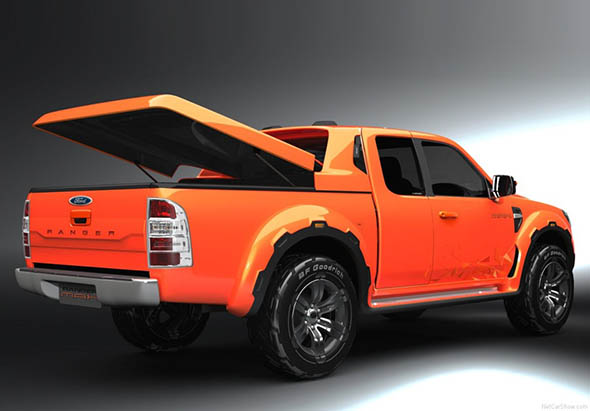 Internationally-available 2017 Ford Ranger will be the second model of its generation. It is supposed to continue without any significant changes compared to the original model which debuts later this year. That means that there are going to be four distinctive engines to choose from. Only one petrol unit will find its spot in Ranger’s powertrain lineup, however. 2.5L 5-cylinder is supposed to develop 164 hp and 166 lb-ft of torque.

Diesels are more diverse than petrols, and one, in particular, stands out. 2.2L turbo diesel 4-cylinder can come with either 158 hp and 284 lb-ft of torque or with a slightly lowered power output of 129 horses for improved fuel efficiency. Finally, the strongest option is 3.2L turbo diesel 5-cylinder mill which puts up 197 hp and 347 lb-ft of torque. All four engines will further be offered with either 6-speed manual or automatic transmissions and in both rear and all-wheel drive configurations.

New design is also promising. Frontal fascia takes some cues from some of Ford’s crossovers while it also gets angular headlamps and foglights. Flared fenders and midsection creases further make the compact truck look modern and tough. Otherwise, 2017 Ford Ranger is your standard mid-size pickup which has nothing to hide. 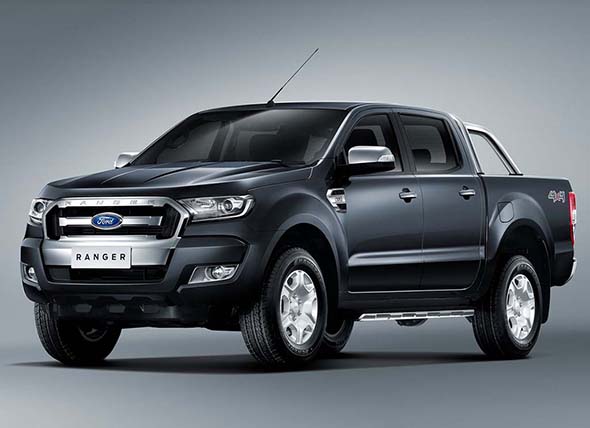 The new interior is now much simpler and more car-like. Dashboard has been lowered and features plenty of angular movement. The instrument panel isn’t all that complex either and mostly falls off to a new 8-inch touch screen display available in top trim levels. Cabin materials have been changed, and even though you’ll still get to choose between base and premium upholstery, all options are more rugged and likely to last longer as well. Apart from revised infotainment system, Ford Ranger 2017 won’t offer that many changes regarding available tech. Safety is supposed to remain rated by the same grades too, thanks to a rearview camera and parking sensors which complement mandatory choices. 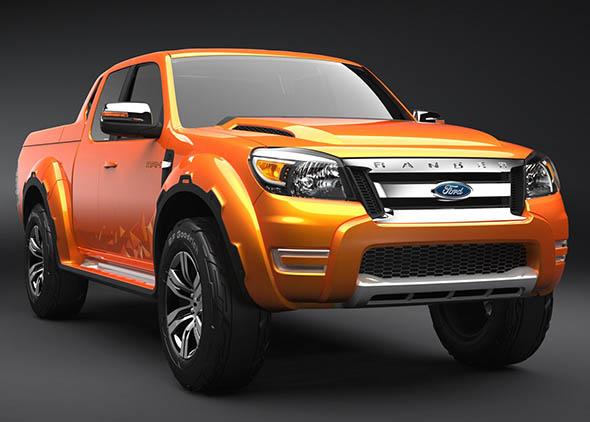 New Ranger is supposed to deliver more regarding fuel efficiency, though. For starters, there’s a new automatic start/stop technology which should up the figures by 3.5 percent. Apart from that, new powertrains are supposed to do just fine on their own. Smallest diesel unit will be better by 22 percent, and even strongest 5-cylinder option will jump up by 18 percent. Prices might rise slightly, but should remain in the same region as before, which means that you’ll be able to get yourself a new Ranger in a price range between $23,000 and $36,000. 2017 Ford Ranger will be a fine choice no matter which market it makes an appearance in. It would be nice to see it in the states again, though current powertrain lineup comprising of three diesel units promises the opposite.

Ford company has officially confirmed that the new 2018 Ford Ranger will be reviled in 2017.

The latest agreement between Ford Motor Company and UAW suggests that the new Ranger will be released in 2018. Read all about it here.

New Ranger is supposed to deliver more in terms of fuel efficiency, though. For starters, there's a new automatic start/stop technology which should up the figures by 3.5 percent. Apart from that, new powertrains are supposed to do just fine on their own.