The first generation of Mazda’s SUV dubbed Navajo joined the SUV market in 1990. Fifteen years ago, the carmaker introduced the first generations of the mid-size CX-7 and the full-size CX-9. The CX-7 was discontinued in 2012, but the carmaker now has plans to expand its SUV offers with another excellent model dubbed the CX-3. It will be a smaller model which by its proportions can be classified as a compact crossover. The vehicle was officially unveiled at the LA Auto Show. Using the KODO Soul of Motion design language, the carmaker managed to create an absolutely beautiful machine with an attractive and detailed exterior. If you want a utility vehicle with a touch of sportiness, the 2017 Mazda CX-3 is perfect for you.

The CX-3 is genuinely beautiful and really practical model. It comes with a distinctive character with sharp-looking headlights, wide stance, and unique sloping roofline. It also has a pretty small coupe-like cab and longer hood. It somehow reminds us of the Lexus NX crossover. 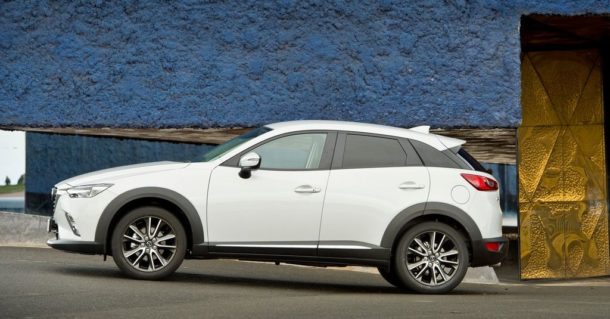 The 2017 Mazda CX-3 is 168.3 inches long with its wheelbase measuring 101.2 inches, 69.5 inches wide, and 61 inches tall. We must admit that we are really fond of the hunkered look of the vehicle. It is definitely far more appealing than its competition, and there is no doubt that Mazda will win many beauty contests with its 2017 CX-3.

The cabin of the newcomer will be a comfortable and pleasant place to be in. In terms of materials, the base trim level will get seats wrapped in black cloth, while the highest trim level has leather/suede wrapped seats. Several design themes of the CX-3 look pretty familiar, and it is because they’ve been borrowed from the MX-5 Miata. The CX-3 has the same split dash with tablet-like entertainment screen. The HVAC system is operated by three large knobs, so you don’t have to search through screen menu to set temperature or fan. The carmaker also included practical multifunction steering wheel. 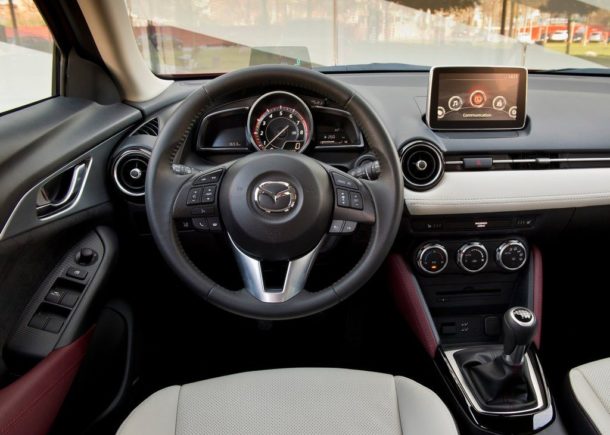 The most expensive Grand Touring gets a wide range of technological adornments such as power moonroof, leather-wrapped and suede seats, navigation, Bose audio system, automatic climate control, and much more. The standard list of features for the base Sport trim level includes cloth seats, Mazda Connect entertainment system with 7-inch screen, rearview camera, and others. Well, it is decently equipped for a base model, right?

The sole source of power for the 2017 Mazda CX-3 is a Skyactiv 2.0-liter four-cylinder drivetrain. It is rated at 146 horsepower and 146 lb-ft of torque. Power is routed through a six-speed automatic transmission with both FWD and AWD. 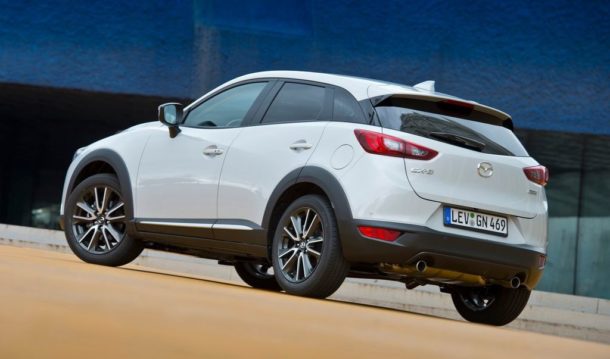 As the official announcement was given that the new 2017 Mazda CX-3 is going to venture into showrooms this July from $19,960 MSRP, all we can do is to wait just a bit longer for its arrival.

The sole source of power for the 2017 Mazda CX-3 is a Skyactiv 2.0-liter four-cylinder drivetrain. It is rated at 146 horsepower and 146 lb-ft of torque. Power is routed through a six-speed automatic transmission with both FWD and AWD.