The 2016 Nissan Titan truck gets a full revamp. Nissan unveiled the new truck at the 2015 Detroit auto show. The redesign includes a new turbodiesel Titan XD model that could beat the towing ratings of all big pickups. The Titan is a truck with the styling of a powerful precision tool. It has improved aerodynamics, and a new front spoiler, roof and tailgate spoilers. It also has underbody airflow covers, and other aerodynamic add-ons that lower the trucks wind resistance.

The 2016 Titan will be available in two frame sizes, with the larger one called “XD”, 5 cab configurations (Standard, Crew and King), 5 trim levels and 3 bed lengths. Non-XD models will be about 20 inches shorter in wheelbase than the XD Titan.

Three different engine options will be available in the 2016 Nissan Titan. Along with an improved V-8 engine, for the first time in a pickup, a V-6 engine will be offered. The most powerful engine in the lineup will be the Titan XD. It’s the Cummins 5.0-liter turbodiesel V-8, a two-stage turbo system for reduced lag and lighter-weight materials, such as the composite valve covers to cut down the diesel weight gain. It will be able to pump out more than 300 hp and 550 lb-ft of torque, and it can be configured to have a max tow rating of more than 12,000 pounds, and max of 2,000 pounds of payload. The engines will be paired with the heavy-duty six-speed automatic. 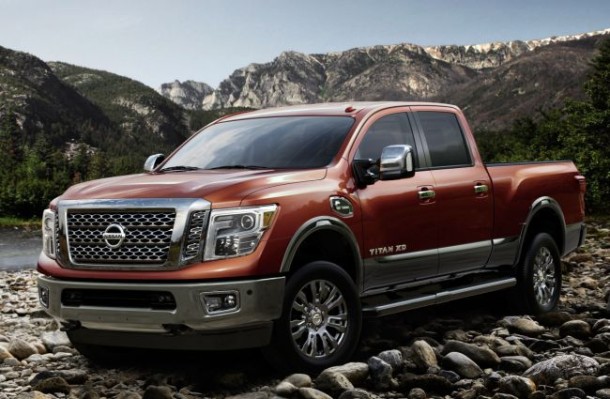 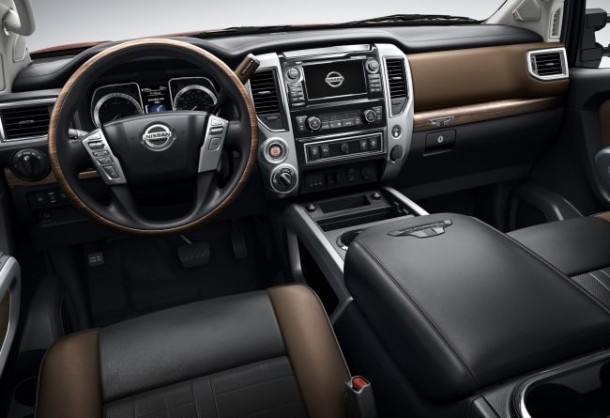 Nissan’s very comfortable seats from the Altima and Rogue have found their way into the new Titan. Heating and ventilation for the front seats are available, as is the leather trim. Heated rear seats come as an option. There will be more storage capacity in the Titan’s front passenger area, and about a quarter more in the back, where will also be a lockable underseat storage. In front, the console will be big and deep enough to hold a 15-inch laptop. The first Titan model had wide-opening doors, a spray-in bedliner, and channels in the bed for splitting the sections for better and safer storage. The redesigned version has all of those, with movable cleats for tie-downs and mounting racks added. The XD version has available waterproof locking storage boxes in the bed that are accessible inside the bed without removing the cover.

The 2016 Nissan Titan will be equipped with safety features such as: a 360-degree view camera with trailer guides when backing up, blind spot warning, front and rear sensors, and hill ascent/descent control. A variety of towing aids will also be available: sway control, trailer brake control and a trailer light-check system that allows a solo driver to confirm from inside the cabin if trailer lights are working. 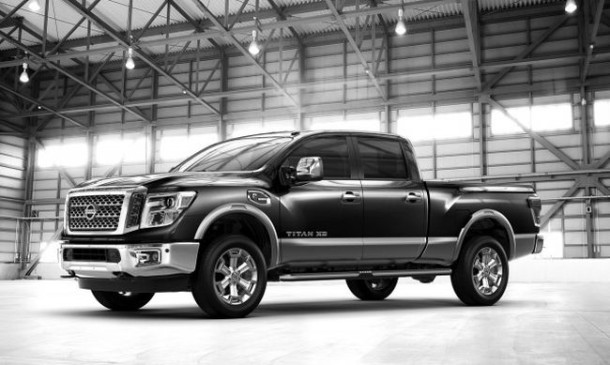