Ford’s commercial trucks have the title of the America’s best selling vehicles in this class, and it has been like that for the last 30 years. In the next year and a half, they are planning on redesigning the old models and making some totally new ones. Ford’s full size pickups have received numerous updates during the years, on the other hand, the medium duty models were not refreshed that often. With a few small changes, the F750 has basically stayed unchanged since the 2003 model, and that’s why the 2016 Ford F-750 model is going to receive an almost entirely new design and complete Ford-designed and Ford-built products, and that includes both the engine options and chassis. The F-750 trucks will come with a straight-frame, dock-height and dedicated tractor models for heavy towing applications. There will also be a Regular Cab style, Crew Cab and SuperCab. 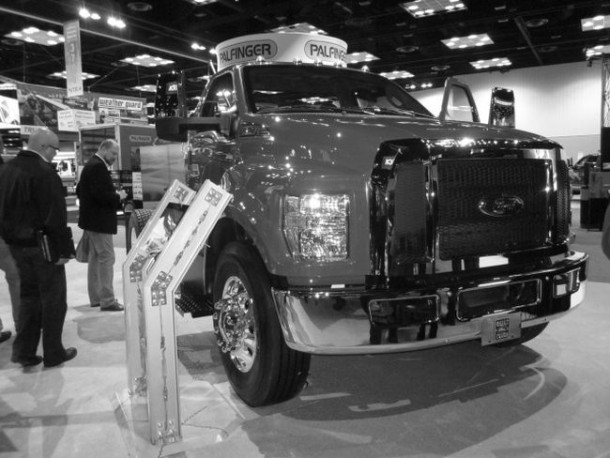 The Ford’s engineers have used a slightly different approach when designing the new 2016 Ford F-750. Instead of the old-school design, they have given the truck a more modern touch. The drivers cabin will have a contemporary look, with rounded and refined edges and yet, it will have an aggressive look as well. Large LED headlights will be used and a brand new grille, framed with the Ford designed nostrils. The new grille is designed to improve the airflow for optimal cooling performance. The vehicle itself will have a very big towing capacity with the massive trailer set right behind the driver. PowerScope power telescoping and folding trailer tow mirrors with integrated spotter mirrors, will also be a part of the 2016 Ford F-750. 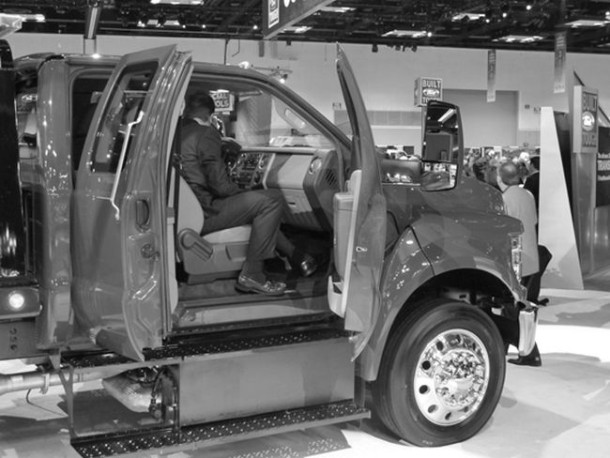 The 2016 Ford F-750 is a vehicle designed for the use of massive and heavy material transport, so that kind of puts the interior in the second plan. But still, Ford has used modern and top of the line technology for the inside of the cabin. The driving comfort is the main characteristic of the interior. It features a 110-volt power outlet, SYNC and Crew Chief fleet management telematics and a rapid-heat cab heater that has the ability to warm up the cabin in a very short time. The truck will also be equipped with a new multifunction steering wheel, keyless start, and choice of hydraulic or air brakes. 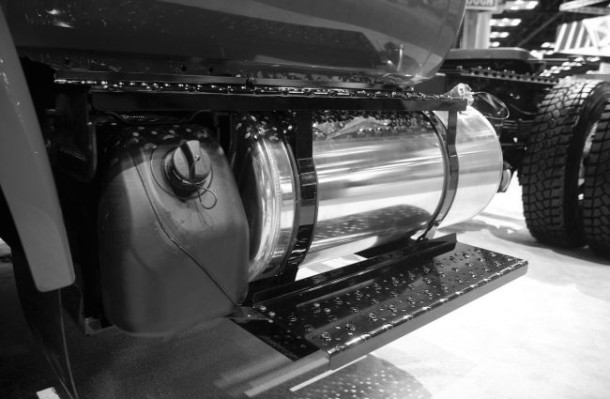 The 2016 model-year truck is expected to be available at dealers in the summer of 2015 and the price should be around 70000 dollars, depending on the choice of the cab style and selected eqippment.