When the 2015 Chevrolet Suburban was introduced, the American manufacturer claimed that even though this model looks like its predecessor, the model was completely redesigned underneath. Furthermore, the company claims that the refreshed Suburban does not share any interior parts with the new Silverado 1500. On the outside, newly unveiled Suburban looks a lot like its predecessor – which is not necessarily a bad thing, especially when you take in account that this model has that classic SUV look. 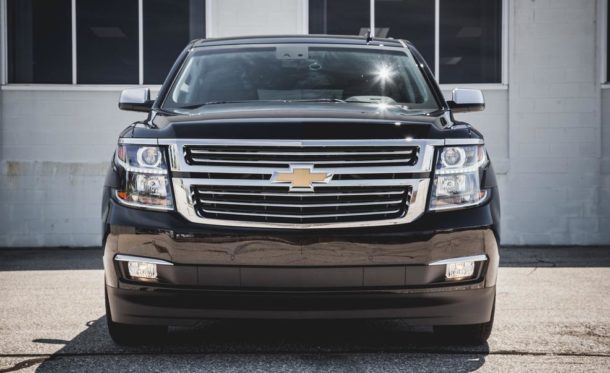 The American manufacturer claims that the whole SUV is more aerodynamic than its predecessor, thanks to the revamped front – the front bumper does not stick out like before and the front has also been slightly lowered. The front grille now has, even more, chrome and it is completely connected to the headlights, that have kept their odd shape.

The 2015 Chevrolet Suburban has fewer chrome details on the outside since the manufacturer wanted it to have more simple and minimalistic look, which is a good idea, especially when you take in account the massive size of this SUV.

It seems that the American manufacturer worked more on the interior of the 2015 Chevrolet Suburban than on the exterior. There are lots of changes that should make the using of the Suburban even easier and more pleasant for all passengers on both short and long journeys. First of all, they have worked on enabling second-row passengers to have more leg room and along with that, they have enabled the third row of seats to fold flat with the touch of a button. 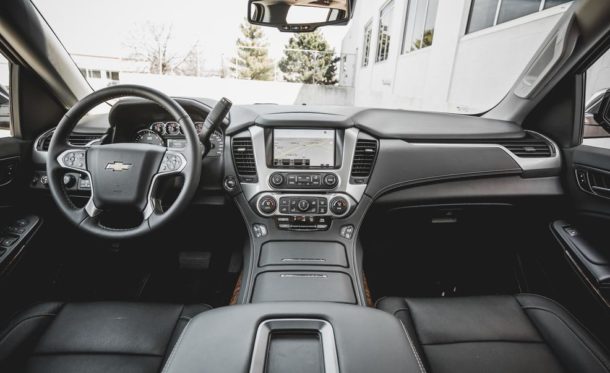 The design itself has remained pretty much the same – Chevrolet believes that the interior still looks modern. When it comes to features – the 2015 Chevrolet Suburban comes packed with them – adaptive cruise control, MyLink connectivity, 8-inch touch screen display, lane-departure warning system, blind-spot monitors, front parking sensors and heads-up display are just a few of many features that come as standard.

Some reports that have been published online suggested that the Chevrolet Suburban 2015 could come with two different engines – one of them being the new 6.2l V8, but when the American manufacturer unveiled the successor of the Suburban, we were informed that there will be only one engine – the 5.3l V8 (used in the Silverado) that produces 355 horsepower and 383 lb-ft of torque. The two-wheel drive will be standard, just like the 6-speed automatic transmission, while the four-wheel drive will be optional. 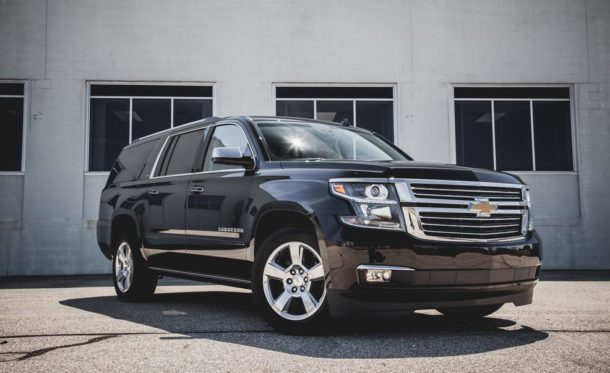 The 2015 Chevrolet Suburban is currently on sale with a starting price of $49,000 throughout official Chevrolet dealerships.

The new 2015 Jeep Renegade will challenge standards of what makes a Jeep. With its compact size and unquestionable off-road …